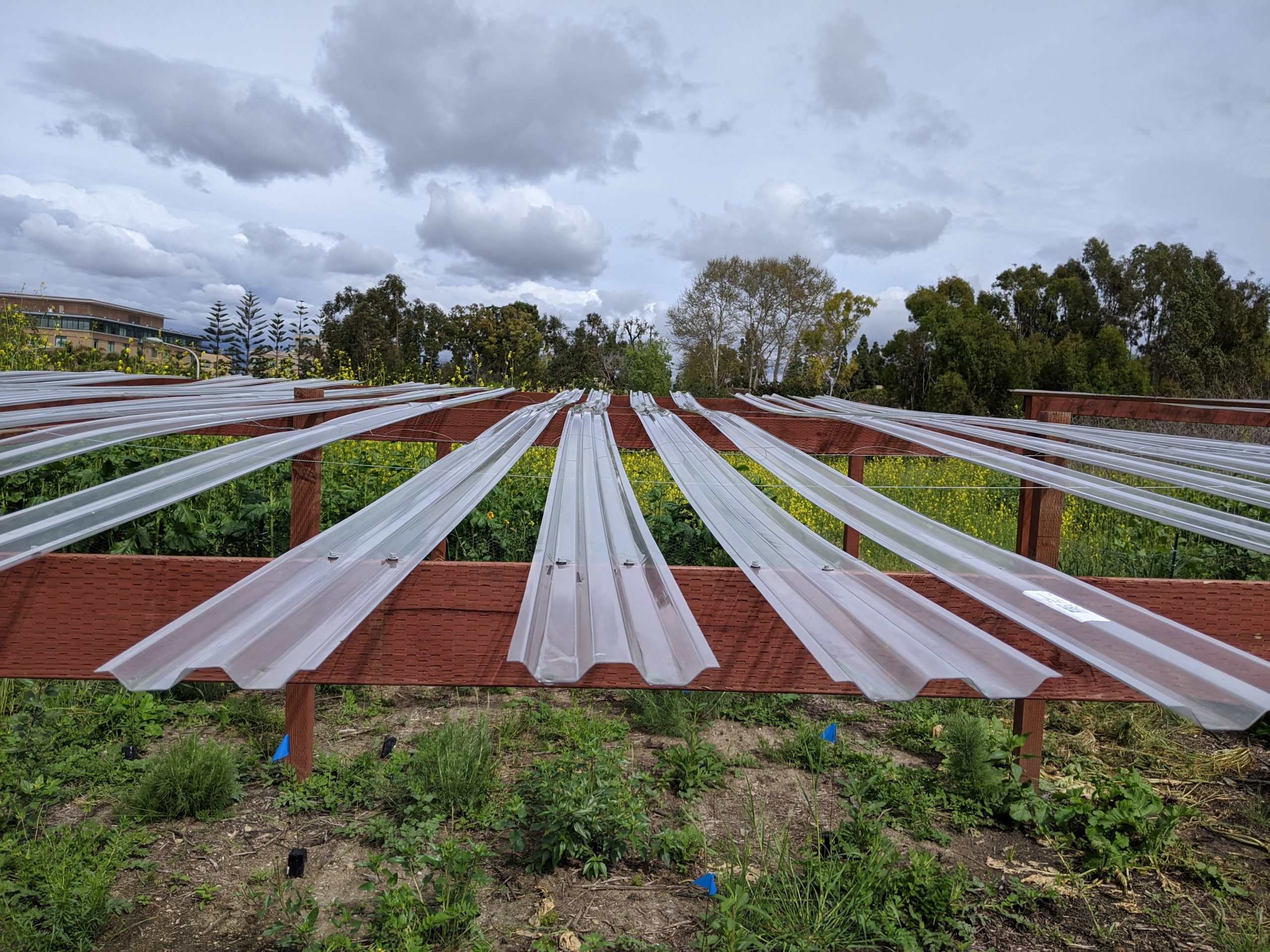 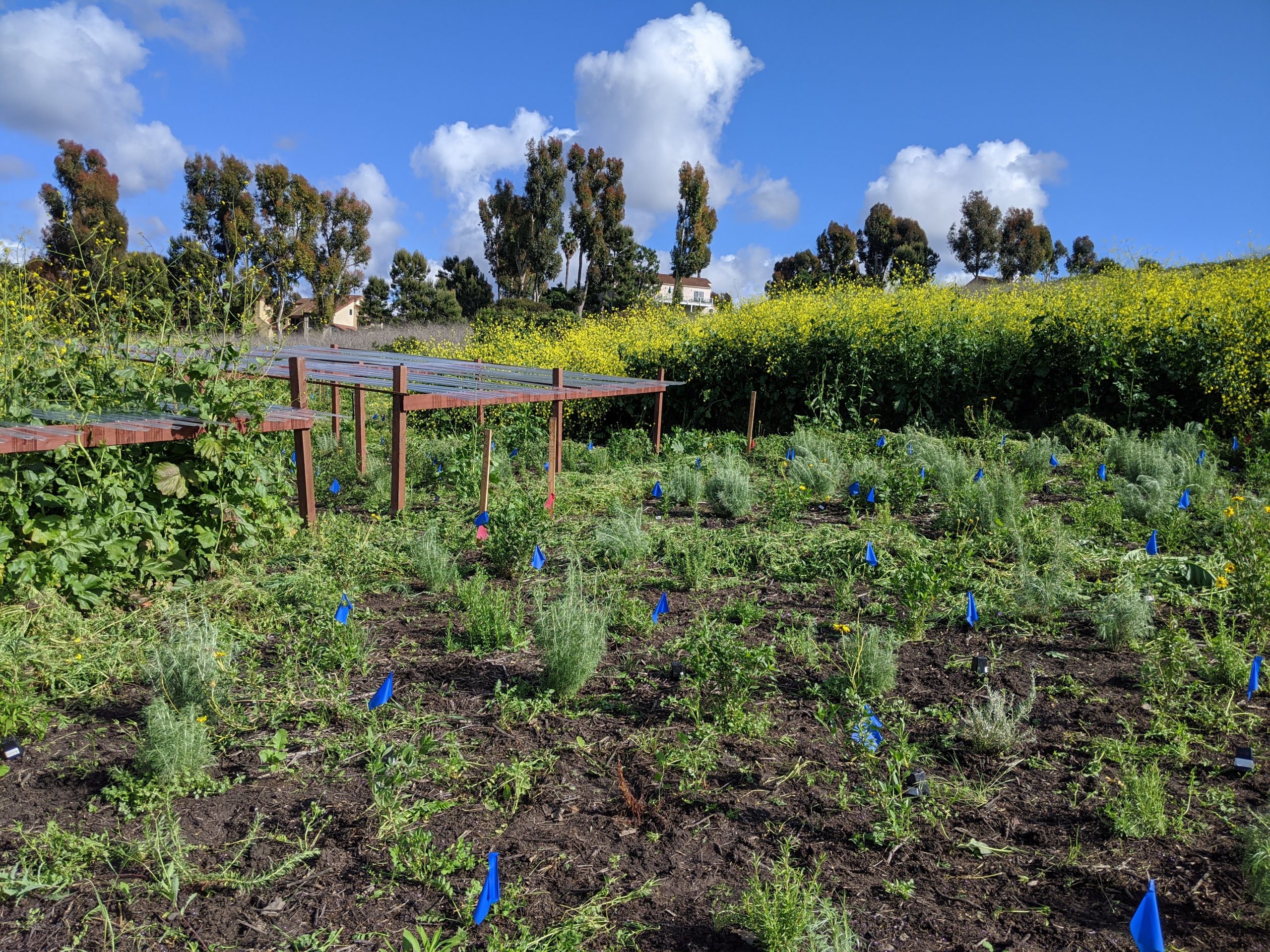 Climate models predict increased variability in precipitation in the decades to come. The UCI Drought-Net Restoration experiment seeks to determine how increased frequency and severity of drought will affect Coastal Sage Scrub communities by subjecting plants to different water manipulations. This is part of an international set of drought experiments studying the impact of extreme drought on different ecosystems.

Will plants from warmer, drier, inland populations be better adapted to drought than plants from cooler, wetter, coastal areas? UCI’s experiment goes further than other drought studies to address this pressing restoration question. Seed of common plant species were collected from 4 coastal (mesic) and inland (xeric) source populations, and their survival and performance will be tracked over time. 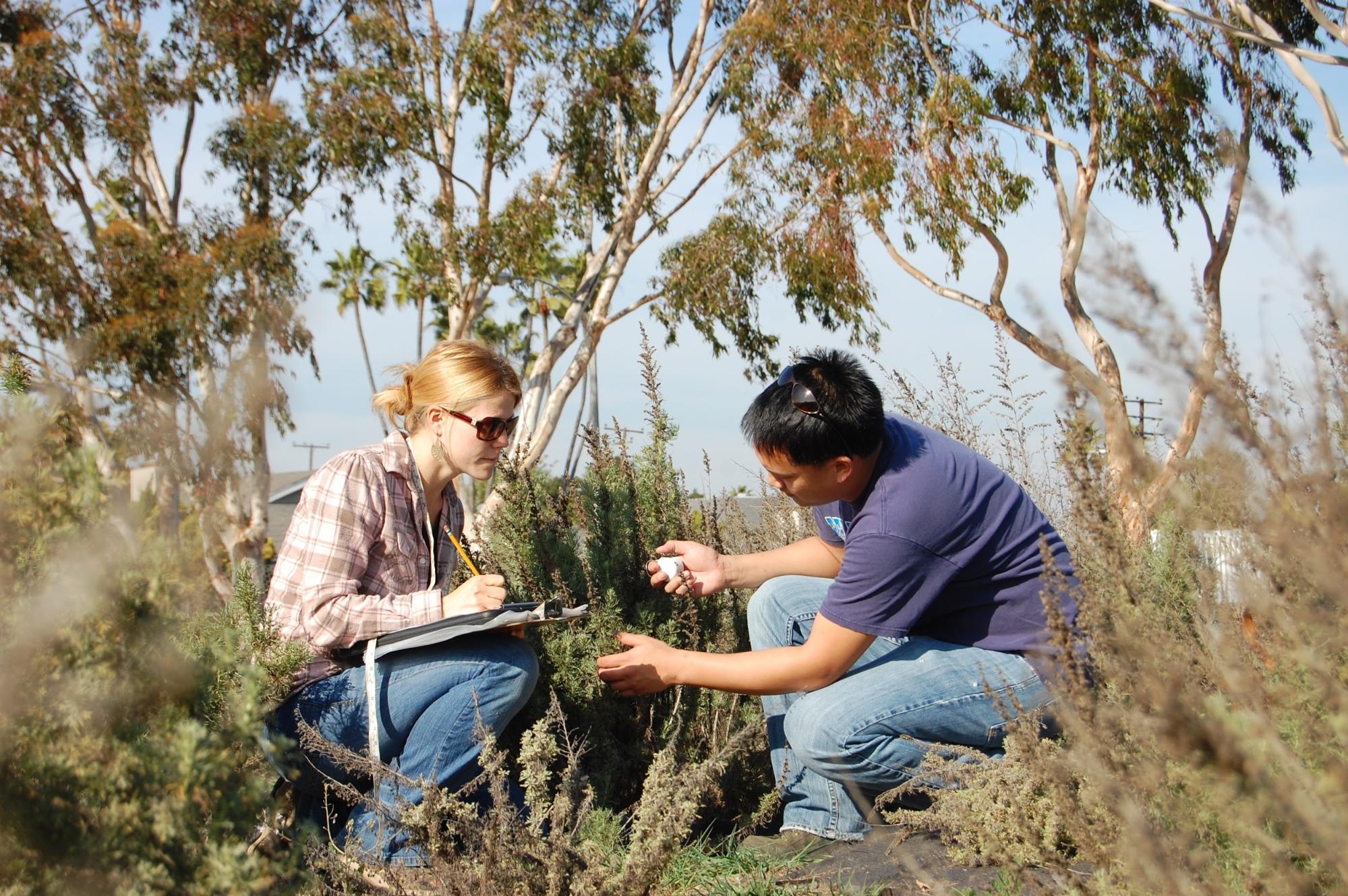 This project examines clinal variation in traits and performance for the shrub Artemisia californica. The study features five population of Artemisia Californica distributed over 700 km in south and central California—representing 70% of its range and 85% of the precipitation gradient. Plants within these populations were cloned and grown for three years in a treatment that approximate the precipitation regimes of the north and south margins. Researchers found that:

(1) northern population had a higher water use efficiency and lower growth rate than the southern species (2) the high-precipation treatment increased growth and flower production more for the southern population (3) clinal patterns in plant traits and plasticity are indicative of adaptation to both the mean and variability of environmental conditions.